Priyan, 26, was the golden child at his Fortune 500 financial services firm. Everyone knew it, and the numbers showed it, so nobody was surprised when his boss excitedly pulled him into the VP’s office to deliver good news.

After listing Priyan’s accomplishments, his boss’ boss gave the floor to the VP. “Priyan, soon you’ll have my job. You can even have this unnecessarily large office if you’d like” she chuckled. Priyan feigned a smile. “In the meantime, your promotion is coming early. We’re bumping your pay by 40%, so for Pete’s sake go use your vacation days somewhere nice. I highly recommend Monaco.”

Again, Priyan forced a smile, shook their hands, and slumped back to his desk.

“I couldn’t pinpoint why I wasn’t excited. They’d offered me the American Dream on a platter, but I suddenly had no appetite for it.”

Priyan didn’t go to Monaco. Instead, in a move baffling his superiors, he turned down his promotion and quit. Furthering their confusion, Priyan switched to a nearly identical position with a smaller, less prestigious firm and a 40% cut in pay.

After making such an enticing offer, what mistake cost this Fortune 500 their golden child, and the hundreds of thousands of dollars to replace him? Was Priyan just the typical disloyal Millennial? What could the other firm possibly have offered him to incentivize such a radical departure?

Simple: they offered him the irresistible entrée, the pièce de résistance in a Millennials’ American Dream: a sense of purpose.

Like many of the Millennial stereotypes, Priyan’s apparent disloyalty is a myth, waiting to be busted. All generations of workers seek positions that fulfill the Three P’s of Employment: paycheck, prestige, and purpose. The priority of the Three P’s varies between generations.

The Three P’s and Baby Boomers: In previous generations, purposeful work was a reward that fewer could attain. The ability to obtain a college degree was limited to fewer segments of the population, and there was a necessity to focus on “putting food on the table.” As a result of the lesser focus on purposeful work, the mid-life crisis emerged as a common phenomenon. Also, because these generations had families earlier, many found purpose at home in the roles of parent and provider.

Regarding prestige, pre-recession levels of career stability meant prestigious titles could be achieved and held for longer and commanded far more respect and authority than they do today. As mass consumerism took hold, the American Dream became about materialistic images of the perfect nuclear family with a two-car garage and a two-story house. Combined with the rising costs of raising the Millennials and visions of upper-class retirement, Boomers placed a high value on high earnings.

The Three P’s and Millennials: In contrast, the often-degreed Millennials, especially in affluent populations, have the ability to focus on purpose first. It is less common for Millennials to be motivated by putting food on the table and finding purpose outside of work, as just 27% of them are married today compared to 48% of Boomers by their age (Pew). The Recession, lack of company stability, and digitally-enabled exposés of unethical leadership eroded the implicit employer-employee loyalty of the 20th century. The notion of rising in the ranks within a single company lost its appeal, reducing prestige as a driver for younger generations. And while salary is important to a twentysomething working off an average $37,172 in student loan debt (Student Loan Hero), taking a lower salary is the #1 compromise Millennials willingly make when accepting a new position (PWC).

How can the value of a paycheck become so diminished? What are the real drivers behind these statistics? While paycheck and prestige have lowered in priority to a Millennial, the demand for purpose has intensified. As the first generation to grow up with the internet, Millennials entered young adulthood aware of both the world’s mounting problems and the sheer variety of career paths to fix it. The internet has shifted career expectations from a narrow list of choices (think doctor, engineer, accountant, lawyer, etc.) to exploring anything you want to do if you can find a niche that will pay for it. There are alternatives to unfulfilling positions or careers, and Millennials know it.

In addition, the internet has created a belief that it is possible to contribute meaningfully to the world, not just drive a few people’s profits. As a result, not only do Millennials expect to be able to do so at work, they demand some form of good stewardship from their employers. If they don’t find it, they leave.

Finally, the internet has created visibility into the mid-life crises and work-life balance issues of previous generations. Millennials have no desire to make the same mistakes that have been made in the past.

We can summarize the priority of each of the Three P’s of Employment like this:

One of the biggest mistakes employers make is incentivizing Millennials based on a traditional prioritization of the Three P’s. The top two reasons Millennials report quitting their jobs are 1) a lack of personal growth and 2) a feeling their company doesn’t benefit wider society; neither, you’ll notice, is related to prestige or paycheck (Deloitte). This explains why the oil and finance industries struggle to hire and keep Millennials; they’ve historically offered the two Ps which entice older generations, but struggle to articulate their purpose to young people. For top talent like Priyan, having a swanky office or making 40% more can’t compete with phrases like “We’re excited to see you grow as a leader” and “You’ll have the influence to help thousands of people.” As a result, Priyan’s employer lost him to someone who offered him a stronger sense of purpose, the most important P to Millennials.

Priyan’s new employer started off on a questionable foot; the manager, Jeff, was 30 minutes late to their interview. He rushed in, apologized to Priyan, and explained himself.

The firm specializes in financial advice for start-ups and retirees, and one of Jeff’s clients, the 93-year old Betty, hadn’t collected her pension check in 3 months. Despite a stacked calendar, Jeff carved an hour out to visit Betty, check on her, and drive her to the bank. Upon returning to the office, Jeff ensured somebody took Betty to the bank, and to lunch, once a month.

Jeff’s story wasn’t part of the interview; he was simply explaining his tardiness. And yet, three minutes in, he’d inadvertently offered Priyan a taste of the new American Dream he’d been craving; a work life enriched by purpose. Before paycheck or prestige even came into the conversation, Priyan uttered the words most employers are itching to hear from a high-powered Millennial:

Regardless of generation, how has purpose influenced your engagement and retention in the workplace? Have you experienced different generational mindsets around why they show up to work?

This article is co-authored by Chris Butsch and Crystal Kadakia.

Chris is the author of The Millennial’s Guide to Making Happiness Volume I,international keynote speaker, executive meditation coach, and co-founder of The Undercover Millennial – a workplace consultancy specializing in time- and cost-effective best practices for winning all generations. The Three P’s of Employment is one of Chris’ many concepts. Learn more about his book, workshops, and purpose by visiting www.chrisbutsch.com.

Crystal is a two-time TEDx thought leader, international keynote speaker, and author of The Millennial Myth: Transforming Misunderstanding into Workplace Breakthroughs. Her practice, Invati Consulting, helps Fortune 500 companies navigate the intersection of two of today’s most vital trends, millennial behavior, and future of work, through strategy, training, and organizational design interventions. She is known for her work shifting mindsets of executive leaders and helping shape powerful organizational strategy that thrives in the face of industry disruption. 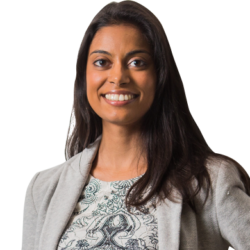